We have been very satisfied with the caliber of nursing care provided by their RNs, LPNs, and CNAs.

Celestial Care will be the company I use in the future should the need arise.

We shall recommend Celestial Care to our friends who have the need of nursing services in the future.

I am extremely pleased with Celestial Care. They have wonderful care and they are so knowledgeable. I got the services for my husband, thinking that he would pass away soon after, but the care helped him immensely and he is doing so much better. They care so much about him, and this has changed our lives for the better. I truly love this company.

They have always been responsive, professional, and easy to work with. The caregivers are also highly professional as well. They are really a top-notch organization and I cannot think of anything that they can to do better.

I would tell others that Celestial Care is a good company to hire because they are incredibly competent and caring. I think Celestial Care was the top of the line.

Celestial Care has made life easier because it has helped my loved one with dealing with the mental aspect of changes in his body, giving him some peace of mind.

Celestial Care’s staff is great. Very easy to get a hold of, very responsive, and they go above and beyond to fulfill our needs. If there is ever an issue, they take care of it and follow-up. Both of our nurses and the management are very easy to work with, and they listen. They are willing to work with the client and accommodate us to the current situation.

They recognize who you are when you call them. I didn’t feel like a number to them. I felt like they cared about me. They are able to adapt to our needs. We love their willingness to do anything.

I liked the initial interview where the nurse came in and evaluated my father. I liked the Certified Nursing Assistant who came in. She had lots of experience dealing with dementia and the diagnosis my dad had. It gave me comfort that he was in good hands when I left.

I selected Celestial Care because of their reputation of being really good. The nurse who I deal with is very compassionate and she knows how I feel. She helps me with my stress disorder and my appetite.

The times they were here was good for me and my loved one felt like they got the professional care needed. 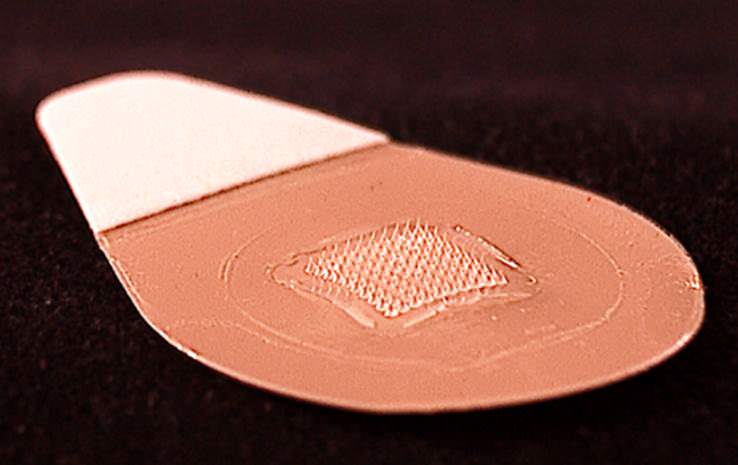 Needle-free flu vaccine patch works as well as a shot

A press-on patch that delivers flu vaccine painlessly worked as well as an old-fashioned flu shot with no serious side effects, researchers reported Tuesday.

People who tried out the patch said it was not difficult or painful to use, and tests of their blood suggested the vaccine it delivers created about the same immune response as a regular flu shot, the team reported in the Lancet Medical Journal.

The hope is the vaccine will be cheaper, easier to administer and more acceptable than a regular flu vaccine.

“It was really simple. It’s kind of like a bandaid almost,” said Daisy Bourassa, a college instructor who tested the new vaccine for the study.

“It’s not like a shot at all. If I had to describe it, it is maybe like pressing down on the hard side of Velcro. It is like a bunch of little teeny tiny stick things that you can feel but it’s not painful.”

The team at Georgia Tech, and a spin-off company called Micron Biomedical, have been working on the patch vaccine for years. This was the first test using real flu vaccine, and the results show it caused immune responses very similar to those elicited by vaccine administered by syringe.

“There were no treatment-related serious adverse events,” Dr. Nadine Rouphael of the Emory University School of Medicine and colleagues wrote in their report.

It was a phase one trial, meant mostly to show safety in just 100 volunteers. That’s not enough to show whether the vaccine actually prevented any cases of influenza. That will take a larger trial to demonstrate.

“The results were great,” Rouphael told NBC News. “We were pleased to see that the immune response was excellent.”

The tiny needle-like points on the patch are made out of the vaccine itself. When pressed into the skin, the needles dissolve, delivering the dried vaccine into the outer layer of the skin. This layer is loaded with immune system cells that are the first line of defense against invaders such as bacteria and viruses. These cells take up the vaccine and use it to prime themselves against a flu infection.

The trial showed that people could use the patch without any help and liked it. It also showed they had an immune response to the patch, and did not have any serious side-effects from using it.

If it continues to work well in tests, Rouphael said it might be possible to just let people buy the vaccine patches and take them home to use. They’ll be much easier to ship around the country and the world than current vaccines, which must be carefully refrigerated.

“I think it would be fantastic if this was something you could get and administer yourself at home,” she said. “The reason why many years I don’t get a shot is that I don’t have time to wait in a line or whatever. It would be really awesome if I could order it and it would be delivered like Amazon Prime.”

Biomolecular engineering professor Mark Prausnitz of Georgia Tech, who leads the team developing the patch vaccines, said the vaccine stayed stable for as long as a year at temperatures up to 100 degrees F. Conditions like that would completely spoil a regular flu vaccine.

Prausnitz and colleagues are trying other vaccines in their device, including Measles, Rubella and Polio vaccines. He says he has even tried experimental Ebola and Zika viruses in the delivery patch.

“We haven’t yet met a vaccine we haven’t been able to incorporate into a microneedle device,” Prausnitz said. Other possibilities for the microneedle delivery system are drugs that must be injected, as well as insulin, he said.

“Microneedle patches have the potential to become ideal candidates for vaccination programs, not only in poorly resourced settings, but also for individuals who currently prefer not to get vaccinated. It potentially could even being an attractive vaccine for the pediatric population,” they wrote in a commentary in the Lancet.

What to Do After an Older Family Member Falls

Caring for Your Older Family Members from Afar

What Are the Advantages of Private Home Nursing Care?

Aging In Place Health and Wellness

Fun in the Sun